Game of Thrones Ascent is a browser-based roleplaying game in english language, based on Game of Thrones by George R.R. Martin. The game, GoTA or GOTA in short, is played by the MYRA alliance from the Germany-based Verein der Freunde Myras VFM e.V..

In the game you play a character, who chooses one of the great houses of Westeros to follow (see bottom of the screen) and make a lot of decisions (left of the screen) as to how you want to proceed in the world. You hire sworn swords to send on adventures for you (to the right in the picture) and equip them, while they progress in ranks as well. 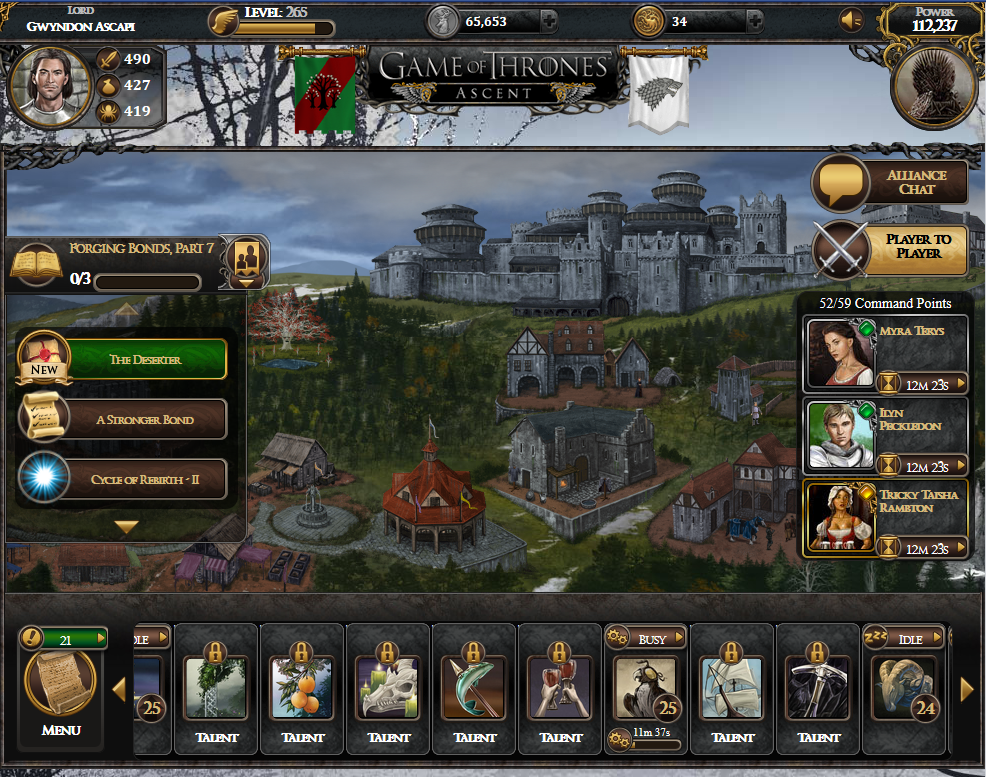 At the bottom you see a series of pecial buildings, unlocked by allegiance to one of the great houses: Tyrell, Martell, Targaryen, Tully, Baratheon, Stark (active), Greyjoy, and Lannister.

Together with the alliance, with can be of one allegiance to only one house or as diverse as you like, you build camps and defend them with a garrison od sworn swords, attack camps of other alliances, and solve some big alliance adventure challenges, which take a lot of effort and preparation first. 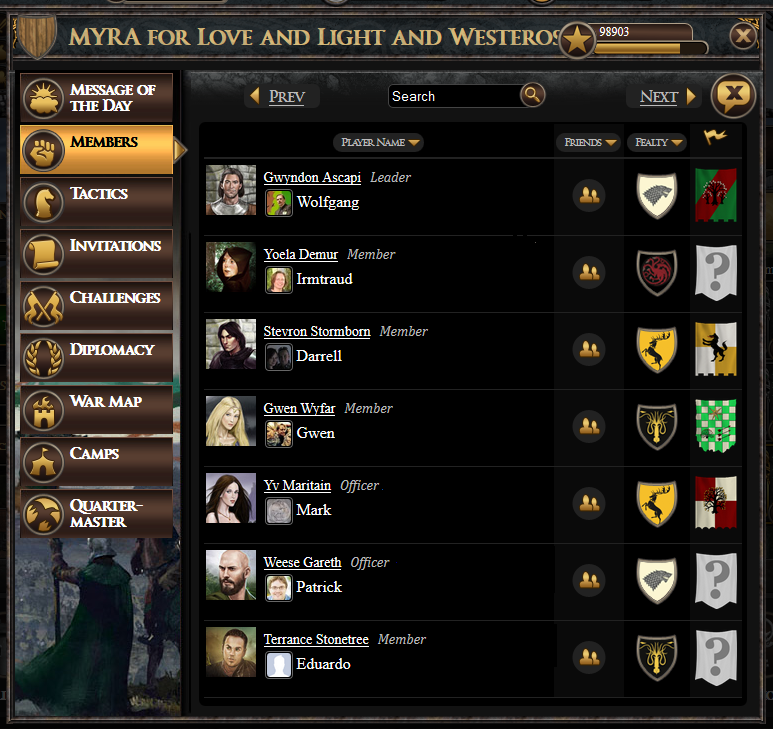 Our alliance is called "MYRA - For Love and Light and Westeros" has Starks, Targaryens, Greyjoys and unaligned players, and consists on people known from other places and some names recognizable elsewhere on Myra - and names you might not have heard before: Gwyndon Ascapi (who knows Foran Ascapi?) , Yoela Demur, Stevron Stormborn, Gwen Wyfar, Yv Maritain (who knows Mark Maritain?), Weese Gareth, Terrance Stonetree, Violet Hornwood and Pairen Slynt.

While you can not choose the names of your hirelings, or sworn swords, you can decide whom to hire and whom to ignore. House Ascapi made it a habit to hire every person named Myra or Myria as a first name (and a Myre as last name too). Here are just a few, to give you an idea how sworn swords might look: Myra Frey, Myra Terys, Myra Noye, Myra Stokeworth, Myra Yarwick, Myria Bolton, Myria Crabb, Myra Greenbeard and Myria Plumm... 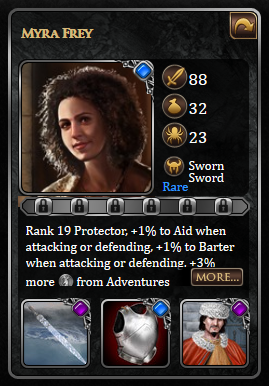 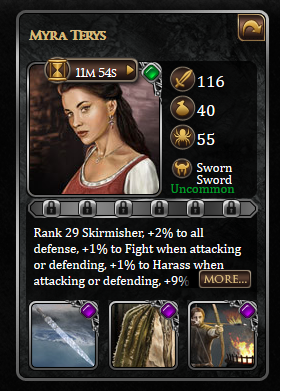 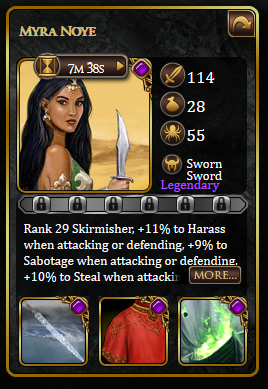 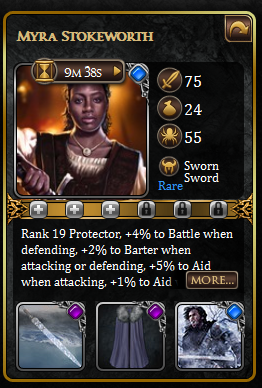 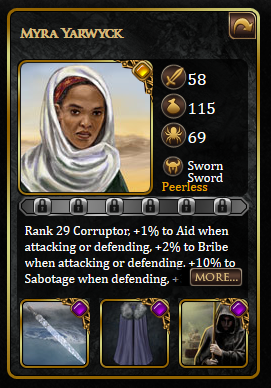 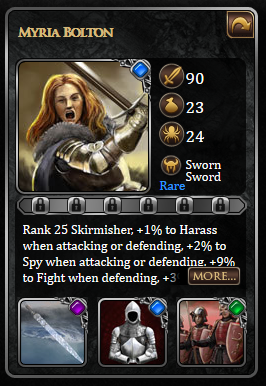 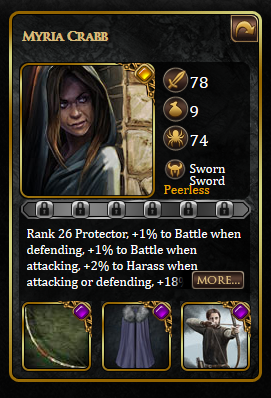 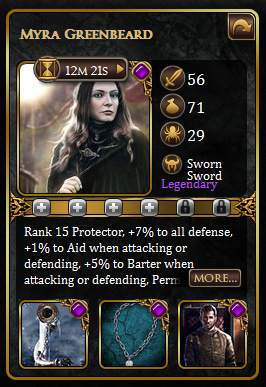 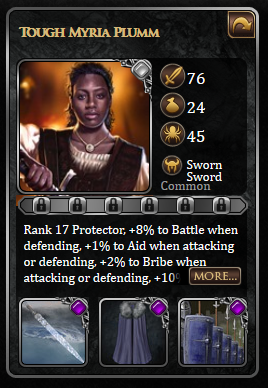 At least the houses of Bolton and Frey are very well known, but as a Stark bannerman Gwyndon Ascapi has had no reason to doubt their loyalty yet, regardless.

Join the MYRA alliance in Game of Thrones Bearbeiten